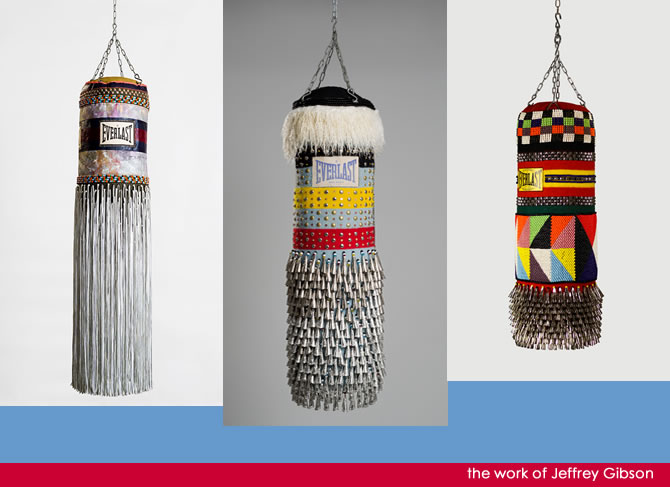 (the title of this post is from one of my favorite songs courtesy of the 1970’s punk band X-Ray Spex. Click to listen…)

As an African-American woman, I am sensitive to stereotypes. I love my culture, and there are parts of it that are just ingrained in my DNA and my soul, but I try to be conscious not to use it as a crutch or let it define me.

I learned about Jeffrey Gibson in a New York Times article from earlier this year. Gibson has a strong Native American background that you’ll see in his work because it is a part of him and he owns it, but he is non-traditional and pushes the envelope by pulling references from various sources creating his own personal mélange. His work is graphic and bold, but I suppose we should expect no less from a man who cites Leigh Bowery as one of his many influences. In the NYT article, he talks about balancing his cultural identity and his art. I thought it was one of the most interesting artist profiles I’ve read in a while.

Being the curious cat that I am, I dug around a bit and found some of his earlier work which would make AMAZING textile prints.  Someone snatch up this man to collaborate on a collection *stat*. 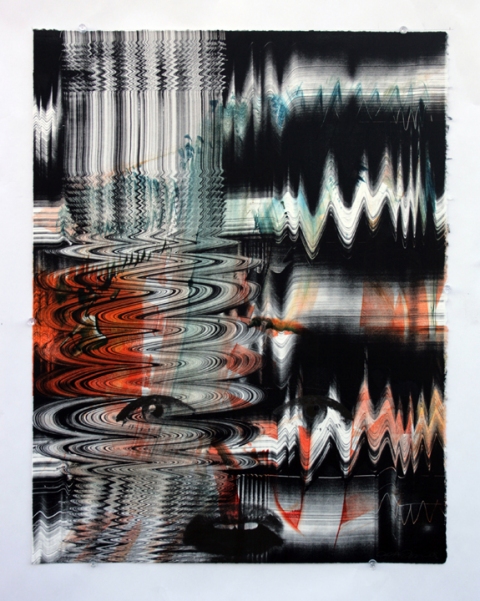 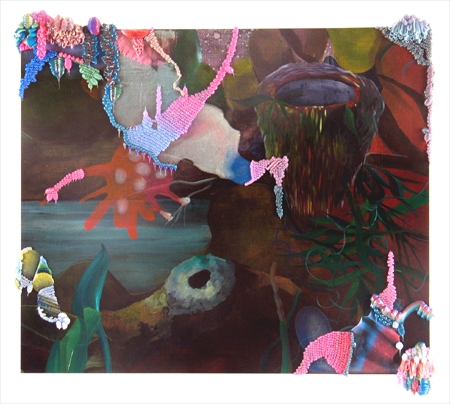 Jeffrey Gibson | oil and pigmented silicone on board

AllegraNoir.com is dedicated to musings on Needlework, Fiber Art, Textile and Design by Cinnamon.